I Believe In What I Cannot Explain 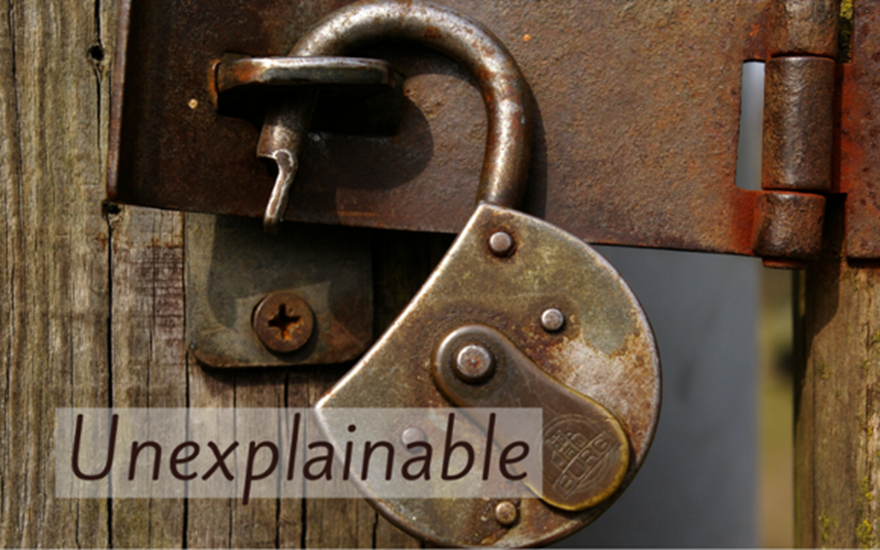 In the summer of 2010, our family was involved in a serious car crash. A driver of another car crossed the center line and hit us head-on because he had fallen asleep. Our then six-year-old son, Alex, had multiple injuries and was air-lifted from the scene to a children’s hospital in St. Louis, Missouri.

Because I would spend the next few days in a different hospital, my father was the one who stayed with Alex. Alex’s Pawpaw slept in his hospital room, sent him off and received him back from surgeries and procedures, and did everything he could to keep Alex as comfortable as possible.

Alex was (and still is) a huge Scooby-Doo fan, and my dad happened to have his iPad with him. Dad decided to download an episode of Scooby-Doo onto his iPad, and watching it made Alex happy. Then Dad downloaded another episode and another, and it continued to be something Alex could do with mobility-limiting injuries, including two broken arms. I wouldn’t learn of this until months later, but often while Alex slept, my dad would download new episodes that Alex could watch on his Pawpaw’s iPad while he was awake. And it brought Alex some comfort amidst a scary and difficult situation.

Here’s the amazing, sometimes God shows up in unexplainable ways part of the story: my dad had neglected to bring a charger with him. He didn’t know when the day began like normal that it would end in a children’s hospital, and he wouldn’t leave it for days. My father was all alone with a broken little boy, and Scooby-Doo episodes on the iPad eased the anxiety. But there was no way to charge the battery, and it was only a matter of time before the device would die.

You don’t have to believe me. Or you can find a way to explain why it happened. I’m okay with that. But you’ll never convince me that God didn’t keep that battery charged. We had been through significant trauma, one that affects our lives every day even ten years later, and God in His kindness looked down upon my father and my son who were doing the best they could in a tough situation and just kept that battery alive for them. That’s my truth.

Moses had a burning bush (Exodus 3). Gideon had a fleece (Judges 6). Peter walked on water (Matthew 14). Lazarus was raised from the dead (John 11). Jesus speaks to Mary after He had been crucified, dead, and buried (John 20).

God’s Word is brimming with stories of ways He shows up that we can’t explain. What if instead of trying to figure out how something happened, we stop, turn our face heavenward and acknowledge His presence with a, “thank you.”

Even though I know I am important to God; I don’t always feel that way. My emotions are fickle, and the enemy is a good liar. There are times when I wonder how much I matter to God, and He gently brings back to me a memory like the one of the iPad. One where I can’t prove it, but I know He was there. He showed up when I needed Him, and it’s simply unexplainable.