The Long Road That Led To Peace 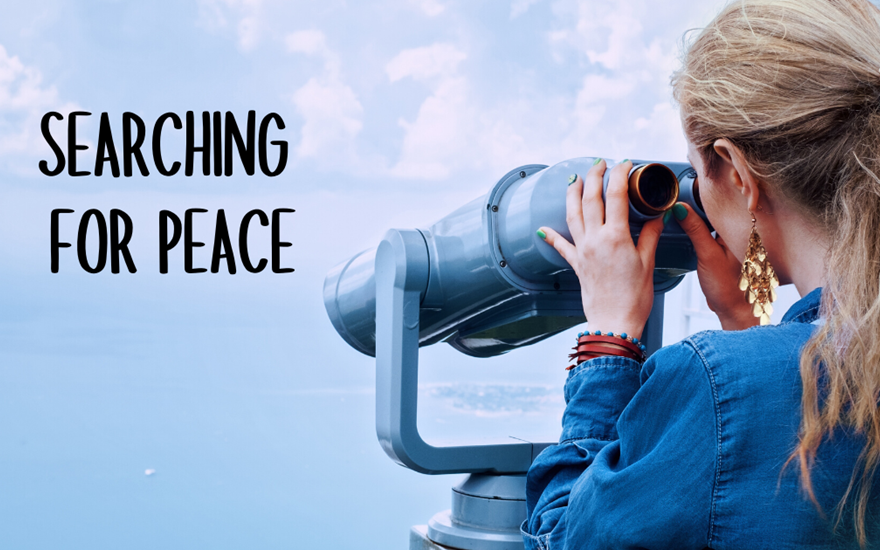 I have a good friend who is related to the 1980s teen pop icon, Tiffany. Tiffany is probably best known for her 1987 cover of the song, “I Think We’re Alone Now,” Some of her other chart hits include “Could’ve Been,” “I Saw Him Standing There,” and my personal favorite, “All This Time.”

Tiffany and her band are currently out on tour, and they recently performed in a town near to ours. Knowing my love of 1980s pop music and the fascination my teenage self held for the artist, my friend invited me to join her for the concert. Along with some of my friend’s extended family, we attended the show and visited with the star backstage both before and after the event.

As the family caught up and swapped stories, I watched and listened. They helped each other connect branches of the family tree. They updated each other on health concerns, births, deaths, and relationships that had ended. Someone had brought an old photo album of a family anniversary party, and they looked at themselves in younger years and reminisced.

Eventually, the conversation focused on Tiffany. They asked questions about her immediate family and her career. She shared about the music business and the trials of the path she had walked. She talked a bit about what it was like to be on the road, write, record, and perform at this time in her life. She spoke of the ups and downs, successes and failures, joys and sorrows.

What struck me the most as I listened to her was her confidence in where she is now. She’s not the 1980s teen pop star anymore. She is an overcomer. And while she still sings a few of the fan favorites from her earlier career, her show now is largely a rock concert that features songs she has written herself or collaborated with a team to write. The show is her. It is who she is now. It reflects both where she has been and where she is going. The work is hard. But Tiffany is making her way. And as an outsider looking in, I felt she was a person at peace with herself and her choices. And somehow I understood that her story was my story, too.

The Spiritual fruit of peace is about being unafraid because we are assured of our salvation through Jesus. We know salvation is ours; therefore, everything else dims in the light of that truth. Trouble may come, yes. Conflict may arise, yes. But we stand firm on the unshakeable foundation that is beneath us – the knowing of who we are and Whose we are. We are immovable because of His love poured into our lives, and therefore we are at peace.

In John 14, Jesus tells us He leaves us His peace. But He doesn’t force it on us. He invites us to receive it. His peace is ours for the taking — mine and yours. When we are frantically trying to calm our emotions through worldly avenues or resources, we will be left wanting because we will not find peace there. We will find it from within when we remember what we know. His grace has saved us, and nothing can change that. Nothing.

Like Tiffany, my road to peace has been full of twists and turns. If I knew her better and could have asked her, I would bet she would tell me she hasn’t arrived yet. I know I haven’t. But as I connected with this woman who had walked through hills and valleys and was finally standing on a more solid foundation, I was reminded of the stability under my own feet. It is on Him I will stand, and in Him I will trust. On Him I will call, and by Him I will walk. Wherever I journey and whatever I encounter, nothing can shake what I have found in Him. He is my end of the road. He is all I need.