My Reality Check Was A Pair Of Broken Glasses 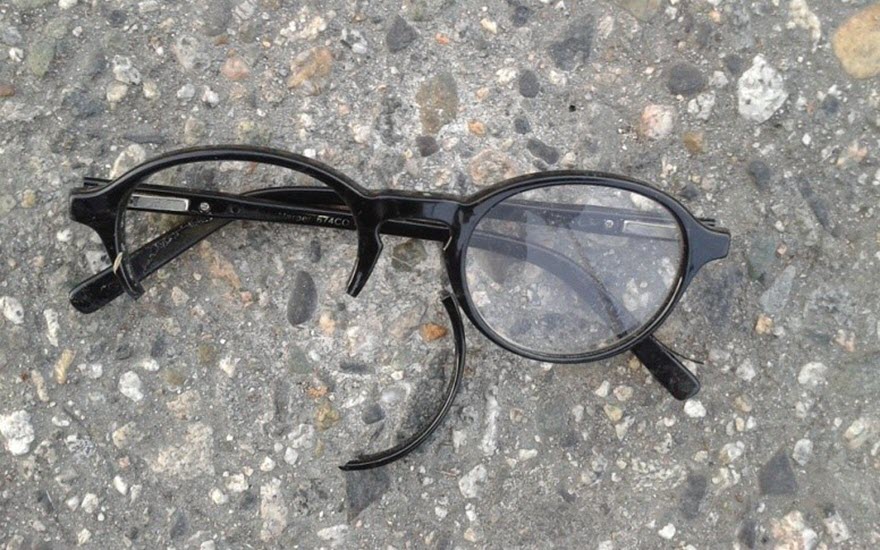 Christmas break from school had begun. We had just walked into the house from classroom parties and the table was becoming filled with gifts, backpacks, treats, and dishes from the food I had contributed. As I was making trips from the van to the house unloading various items, the boys in their sugar-induced excitement began wrestling on the living room floor.

As I made these trips back and forth, my house was becoming louder and more cluttered, and I was focused on the wrong things. Instead of looking forward to the days of the holiday break with my boys, I was thinking about all the work that had to be done. My schedule leading up to the last day of school had been overcrowded and I was running low on energy.

And to myself, I spoke my perceived reality. No one appreciates how much work it takes to pull off a thing like Christmas. No one but me would make sure gifts were wrapped and stockings were stuffed. No one else would do the cooking and cleaning and entertaining. Just me. I was completely focused internally and I was getting more angry with each step I took. Back and forth. Back and forth.

And then it happened. As the boys were wrestling, Alex’s new glasses fell off and were stepped on or rolled on. I don’t even know. But they were broken. Brand new glasses. Bent right in two. And I just lost it. I screamed at my children. Yes, I did. I yelled at them for their carelessness and made sweeping statements about how they don’t help, they let me do everything, and they make my life harder. I voiced to them in angry words what I had been saying to myself in my head. And I will never, ever forget the shocked and slightly scared looks in the eyes of the two people God has entrusted me to care for and love.

You know what? We all have bad moments. And that doesn’t make us bad people. After I went upstairs and calmed down, I apologized to my boys. But I learned something that afternoon about how important it is to seek peace and strength from Jesus – especially when I am feeling overwhelmed. Because when I am in that state, I don’t always make the best relational decisions.

There’s a peek into Moses’ life in Numbers 20 that is sad but also really encouraging to me. Moses is dealing with a lot. His sister Miriam has died. He is concerned about a water shortage. And the people he leads have gathered against him in opposition. Many outside stressors are pressing in.

When God instructs Moses on how to handle the water shortage problem, He tells Moses to speak to a rock and water will flow from it. But instead, Moses yells at his people, calls them rebels, and strikes the rock instead of speaking to it. He beats that rock with his rod. Not once but twice.

The water still poured abundantly. And the congregation and their animals still drank. But because of Moses’ disobedience, he was not allowed to enter the Promised Land. Putting his frustrations before the needs of the people God had given him to shepherd cost Moses something significant.

I am the worst version of myself when I am feeling overwhelmed. And I have tried to “fix it” in many different ways. But I have learned that the only way to truly fix my overwhelmed state of emotions, schedules, or demands, is to run (not walk) to Jesus and let Him overwhelm me with His presence.