An Unexpected Journey For The Hobbit, The Goblin, And The Mom 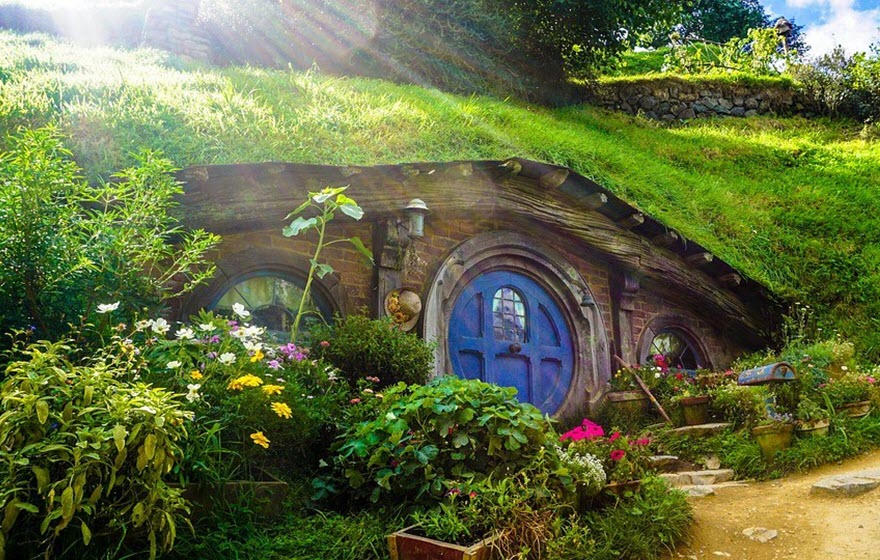 Let me start with the end of the story. The venue was packed every night. The town was buzzing about the production. The cast was amazing. The story was touching.

And Alex was fabulous in the show. The 45 seconds he was on stage were breathtaking. I sat on the edge of my seat with my heart pounding. His evil laugh echoed through the theatre. He cracked his whip impressively. And when he died, he did so with gusto. A moment to make any mother proud.

But we didn’t know the ending when the story began. It began by taking a risk. When audition times were announced for The Hobbit, Alex wanted to try out. I knew he had to be nervous because he auditioned last summer and wasn’t offered a part. So it was a big deal for him to step out and try again. 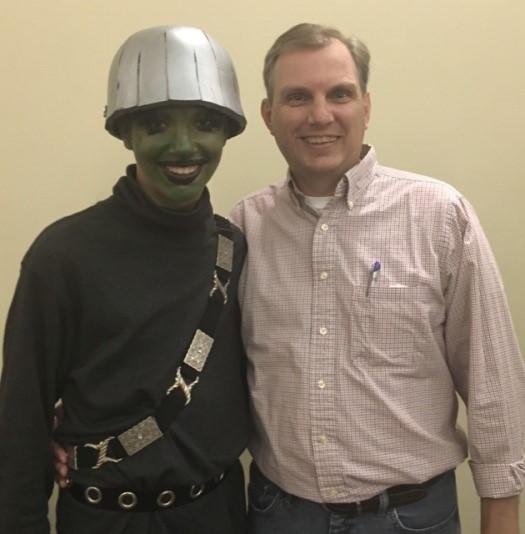 Matt with our Goblin Fighter

When he was cast this time, we were thrilled for him. He was so excited. He would play a goblin and have a fight scene. He would learn the choreography and be trained with a sword and a whip. And then he would die a violent death while everyone watched.

Do you have any idea how many hours go into a less than one-minute stage combat scene? Neither did I. Lots of hours, let me tell you. In those hours, he learned to use the weapons. He learned the steps to the fight. He learned a couple of speaking lines and a laugh-scream that scares his little brother. As the weeks passed, I understood the meaning behind the saying that there really are no small parts.

I went to opening night and I watched how he gave the little part all that he had. And I was proud of my son. For trying something new. For trying something again after he had not been successful the first time. For making friends with people who may not have crossed his path otherwise. For working really, really hard so he made a strong contribution. And for leaving it all out there when it was his time to do so.

I was reminded of something during rehearsals. It’s easy to skip to the end of the story. We do it all the time. We see the positive results and we forget about the feelings on the drive to the open audition when the taste of rejection is fresh again. We forget about the failed attempts at the choreography, the rehearsals when it seemed like it was never going to come together, and feeling like you’re the only one who has never done this before.

But the beginning of the story deserves our respect, too. Because at the beginning is the risk. The bible is filled with people who were used by God. Too often we forget that their mission usually began by taking a risk. The people were set free, the giant fell, and the Gospel went out into the world because people took a risk. Metaphorically speaking, we will never experience the moments of standing in the lobby taking pictures and receiving compliments if we don’t take the risk and audition for a part. Nor will we ever be used by God to our fullest potential if we will not step out and take the risk and follow His lead.

I’m his mom and I’m as biased as the day is long. But he knocked it out of the park. And he taught me a really important lesson. Every truly great ending had a beginning that involved stepping out and taking a risk. He was the risk taker. But we are all better because he was. Peace!