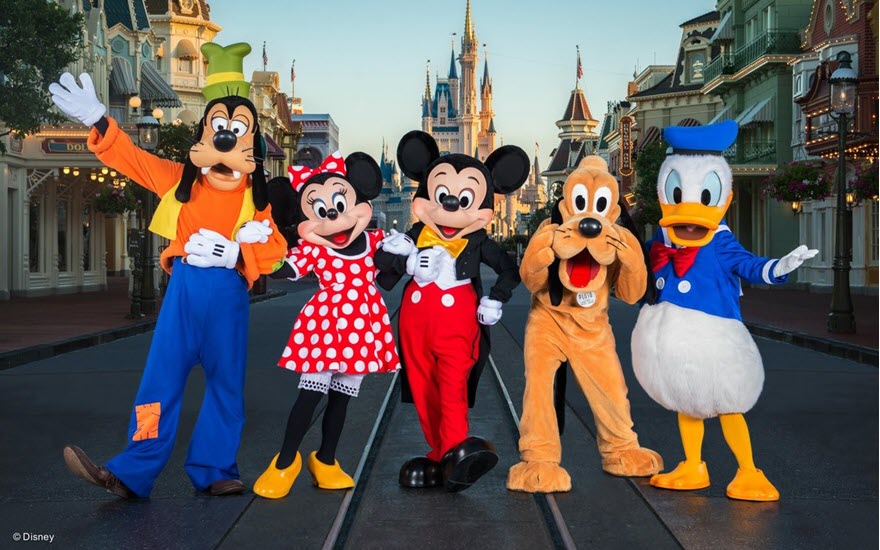 I have a love of all things Disney that began when I was about two years old.  My grandparents bought for me a Disney collection of LPs and through those records I was introduced to the stories of Peter Pan, Robin Hood, Mary Poppins, and others.  I spent hours on the floor in front of our record player with huge late-1970s headphones on my little head and the words and songs became a cemented part of my childhood.  Even now, when I dust off that record collection and play one of them using our scratchy-sounding turn table, I can narrate and sing right along with the story.

When I was a little girl, I dreamed of someday going to that special place called Walt Disney World and walking among the characters and scenes of the tales I listened to.  I did get to visit for the first time when I was in junior high and then my dream changed.  I wanted to someday work at that special place so that I could be a part of the daily operations that brought magic to millions of visitors each year.  When I was a junior in college I did get to work there through an internship program, and my dream changed again.  I wanted a career there.  I was studying business and I had learned a lot about how to make a valuable contribution and more than anything in the world I wanted my contribution to be at Disney – because it was special.  And I wanted to be a part of something special.

Towards the end of my graduate program, I was awarded an advanced internship in the location of my dreams – human resources.  Everything I had hoped for was coming together.  I had studied hard to get my education, I had worked hard to gain early experience, and now it was happening.  Something special was within my reach and all I had to do was reach out my arms and grab it.  And then the unthinkable happened to my twenty-one year old self.  About six weeks before graduation, I received a phone call from Disney.  They had decided to cut some of the advanced internships for the following semester and mine was one of the ones that would no longer be offered.  My job was gone.  The disappointment was gut wrenching.  I had been so close.  And now the something special I so desperately wanted was gone.

It is rather difficult for me to confess to you that I hurt over that loss for nearly twenty years.  Naturally I moved on with my life.  I got married, I found a different job, then a better job.  Then I left a budding career in higher education to pursue ministry, then I had a child, then I served a church, then I had another child.  You know, life kept happening to me for twenty years.  But I would sometimes look at my life and while it was good, I still felt like it hadn’t quite gone the direction it was supposed to have gone.  Because IF I had been at Disney, then I would have a more successful career, or a house with a pool, or a larger savings account, or a corner office.  Whatever.  Whatever I didn’t have, I told myself I would have had it if I been able to have a career at Disney.  I lived out the reality of my life – the highs and lows – embracing it, enjoying it, and sometimes enduring it but always wondering what it would have been like if I had received the chance to be a part of something… special.

Yes, you are shaking your head at me now because you know instinctively what the younger me did not.  You already know what I only truly realized about a year ago.  And that is this – the life I have, it is special.  Amazingly so.  I mean, it ain’t Disney every day, but it’s still pretty awesome.   I have a husband who adores me.  I have healthy, happy kids.  I have a supportive extended family and church family.  I have friends that pick me up, talk me through, or set me straight.  I have work that is meaningful.  I have every ingredient needed to create special.  It’s been with me all along.  It never had anything to do with Disney.  It had to do with me.  It had always been there… waiting for me to notice.

I don’t know if there’s anything in your life like Disney was for me.  What are you waiting on in order to feel like you have special?  Something you are missing?  Something that has been denied you?  Something that didn’t turn out the way you thought it should have?  Is there something that stands in the way of  experiencing special?  Whatever it is, I hope you can hear this encouragement – your life is absolutely special whether you ever get that thing or not.  You and your life are incredibly special.  I believe that with all my heart.

There’s a trend in recent years that encourages people to pick a word for the new year.  Sort of like a resolution but with a different intentionality.  My word for 2018 is SPECIAL.  I am going to live believing in and looking for ways that my life – just as it is – is SPECIAL.  And I am going to work hard not to fall into the trap of… if I had… if I was… when I do… because I have finally learned that there’s no place that I would rather be and there’s no life I’d rather be living.  Peace!