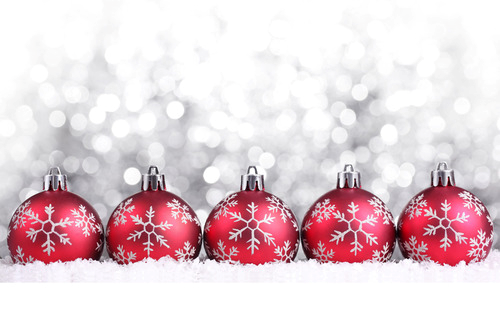 A friend of mine walked by the pew I was sitting in at church this past Sunday morning.  Apparently, I was staring off into space because he paused and asked with concern, are you okay?  I smiled and said it was my Christmas daze.  Then when my husband sat down beside me, I told him about the exchange and then laughed hysterically at myself because of my uncharacteristically clever play on words.  Days of Christmas – Christmas Daze!  Matt didn’t find it all that hilarious, mostly because he was wondering if I was actually losing my mind.  Dear friends, it was a moment of Christmas overload turned bad.

Truth be told, this year is going much better than Christmases past.  I remember well the Christmas Daze that nearly brought me down.  It was Christmas season 2010.  I was six months out from a serious car accident and still in rehab three times each week.  I had a six-year-old in first grade which meant the school holiday activities were heating up.  I had a one-year-old who had just started walking.  The list of “to dos” was never-ending.  There was shopping, wrapping, baking, and the seemingly constant requests for everything from volunteer help to last-minute gifts for Dirty Santa or White Elephant games.  Oh.  My.  Word.  I sat down on the couch one afternoon and I still remember how helpless I felt:  overwhelmed by Christmas.

I’ve learned a lot since then.  I’ve made changes.  I shop earlier, wrap earlier, bake fewer goodies, and say no to a lot more things.  A LOT more things.  My health has improved and my kids are older and those things make it easier, too.  But I still have Christmas Daze moments where my hopes and expectations aren’t quite measuring up to my reality.   Matt and I were watching a movie on television earlier this week and I commented on the commercials a couple of times.  No wonder we all feel so much pressure.  The people are beautiful and happy, the clothes are stylish and sexy, the gifts are expensive and perfectly wrapped, and the food is meticulously prepared and presented.  Good grief!

Of course, the hustle isn’t the only reason for the daze.  I wore the daze during the Christmas season of 2007 for an entirely different reason.  We had miscarried a baby earlier that year and it seemed everywhere I looked I was reminded that we didn’t get to have her.  I went through the motions doing my best to make Christmas special for the child we did have, but my heart was heavy because of the child we did not.  The expectation of Advent that led us to the arrival of the much-anticipated baby Jesus seemed almost cruel to me that year.  And because of that experience, I am much more mindful of how many people around us struggle with the holidays because of their own losses, trials, fears, and brokenness.

If your Christmas looks nothing like the commercials on television, please know that you are not alone.  If you feel overwhelmed with the demands of parenting, or if you feel disappointed because of where your life is right now,  or if you feel brokenhearted because of what you have lost, please know that you are not alone.  The Christmas story can speak to us right where we are in our disappointment, confusion, or chaos.

I don’t tell you of any of this in order to minimize your situation.  Your situation is absolutely real, as mine has been.  But I have come to believe that our real situations have a lot more in common with the Christmas story than any commercial, advertisement, or Netflix or Hallmark Channel Christmas movie does.  I encourage you to measure your Christmas experience not by the things on the list that get crossed off, or the happiness in having the ugliest Christmas sweater, or even in the struggle to find the joy that seems elusive, but instead to measure it by our response to the Jesus we can see.  If we look and listen, we will see Him.  The shepherds went back, glorifying and praising God for all that they had heard and seen, just as had been told them.  Luke 2:20

In the spirit of those shepherds, may our Christmas season be filled with moments that we hear and see Jesus and may our lives respond with acts that glorify and praise God.   Peace!